How to choose the suitable light diffusion agent for the diffuser plate/diffuser sheet? 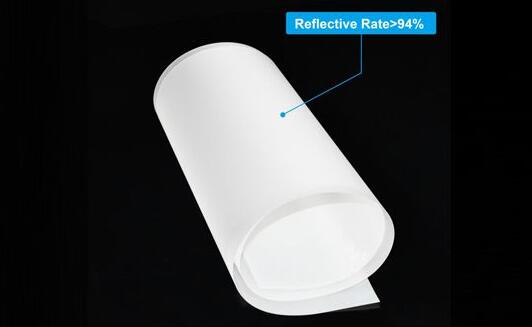 2. Analysis of the influence of light diffuser.

2.1 study on the transmittance of silicone diffuser alone.

It can be seen from figure 1 that the transmittance (T.T.) of 1 μ m WD-101, 2 μ m WD-102, WD-101 and WD-102 increases with the increase of dosage. It will decrease accordingly, but when the decrease is less than 0.5%, the change of transmittance is very obvious, and there is a linear decrease between 0.5% and 1.0%. When the dosage is more than 1.0%, and then increase the dosage, the effect on the transmittance will be reduced, therefore, the dosage of silicone diffuser generally does not exceed 1%. Through the experiment, it is known that when the dosage of DF10A0 is 0.5%, the haze (HAZE) has reached 99%. The effect of the particle size of 1 μ m on the transmittance is greater than that of 2 μm because the smaller the particle size is with the same amount of diffuser.

The more the number of effective spherical particles is, the greater the probability of scattering is, and the transmitted light will be reduced accordingly, so the transmittance of the diffusion plate will be lower with the smaller the particle size. It is affected not only by particle size, but also by sphericity, particle surface regularity, concentration, particle size distribution, and so on. 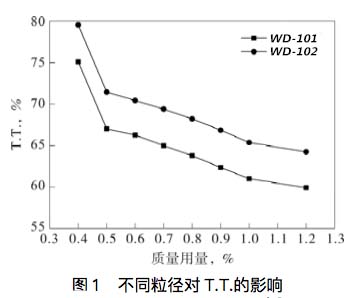 Fig.1 The influence of different particle size on transmittance

2.2 The distribution of organ silicone light diffusion agent in the base material.

Through scanning electron microscope figure 2, it can be seen that silicone diffusion agent is a small round microsphere. Microscopically, the material is a transparent sphere, so it can provide superior light transmittance and has a very low refractive index compared with acrylic acid and styrene, so it has a large difference compared with the refractive index of the substrate GPPS, which will give light transmittance to the light diffusion agent at the same time. It also gives the material a high haze. When the light line passes through the surface of the microsphere, a part of the light is scattered by the difference in refractive index between the diffuser and the main material, and part of the light passes through the microsphere, and the incident light is finally decomposed into light lines in numerous directions. achieve the comfortable effect of light transmission and opacity. 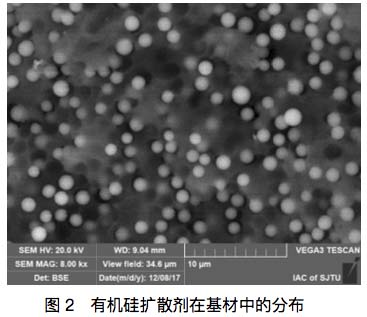 Fig.2 The distribution of organ silicon diffuser in the base material

2.3 study on the transmittance of inorganic light diffuser.

It can be seen from figure 3 that rutile titanium dioxide has the greatest influence on transmittance. The main reason was that the refractive index of rutile titanium dioxide is the largest. The particle size of titanium dioxide commonly used in plastics is usually 0.15-0.3 μ m. This range can achieve the best whiteness, and the blue background phase can be obtained, which can mask the yellow phase. Rutile titanium dioxide has strong anti-ultraviolet ability and can effectively scatter ultraviolet rays in the UVA area. Therefore, when the dosage of titanium dioxide is 0.15% and the thickness is 1.2 mm, the transmittance is about 43%, which mainly result is light reflection. However, when only titanium dioxide is used as diffuser, the uniformity of the diffusion plate is relatively poor, which can be attributed to the small amount of titanium dioxide and the high density (4.1 g/cm3), it makes the effective content of the substrate low. Through the experiment, the light near the lamp bead passes through more, but the light can be clearly seen; while the light far away from the lamp bead is less, and the light naturally passes through is also relatively less, resulting in a low Lv. In order to improve this phenomenon, normally it is used in combination with silicone diffuser. 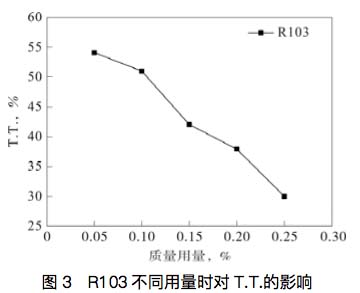 The trend of figure 4 is that the mass dosage of WD-101 is 0.6%. Through the experiment with WD-101 alone, it is known that when the dosage of WD-101 reaches 0.6%, a good haze (about 99.4%) can be obtained. Through the comparative analysis of two kinds of rutile titanium dioxide R930 and R103 with a particle size of 0.23 μ m and 0.25 μ m, it is found that there are some differences in TIO2 of the same type and particle size, especially when using < 0.1% or > 0.2%. This is mainly because R103 is produced by chlorination process, the treatment method is alumina and organic matter treatment, R930 is sulfuric acid process production, and the treatment mode is alumina and SIO2 treatment. Therefore, it is also very important to choose a suitable titanium dioxide. 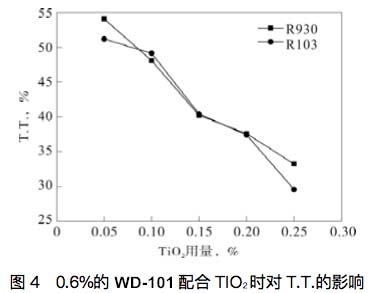 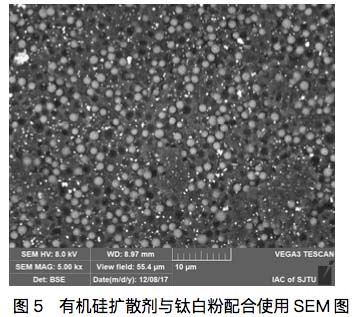 Fig.5 The SEM of the diffuser plate with organ silicon diffusion agent and titanium dioxide

2.6 The influence of thickness on transmittance. 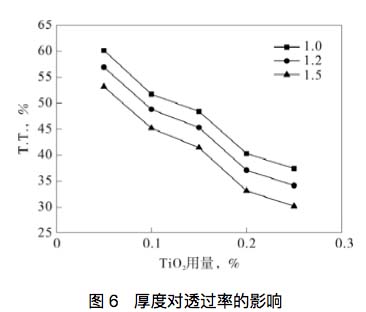 Fig.6 The influence of thickness on transmittanc

Finally, compared between the score of the combination of organic and inorganic diffuser.
Analysis, through the analysis, we can know that the final use of organosilicon diffuser and inorganic diffuser rutile titanium dioxide, according to different thickness, using different formula, achieved the ideal effect. The results show that when the dosage of organic silicon light diffuser is 0.6%-0.8%, and the amount of rutile titanium dioxide is 0.15%, the thickness is 1.2 mm, the transmittance can reach (43 ±3)%, and the haze can reach 99.4%.

So, do you know how to choose a suitable light diffusion agent for the diffuser plate/diffuser sheet now? should you any questions or help welcome to leave a message in comments or send my email: Sales@jk-optics.com. 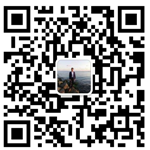