The biggest feature of the Led Diffuser Plate is that it interferes a lot with the light. No matter how many degrees the light distribution curve of the original design is, as long as the light passes through the diffuser, it will make the beam angle 160~176°, so from the side, the light fixture The surface of the board has a layer of fog and fog. From this point, it can be proved that the beam angle is as large as 160~176°. It is better to prove that the larger the beam angle, the lower the illumination, and some will also filter, so that some wavelengths cannot penetrate. , causing color shift, such as re-interference processing on the surface (for example: sanding, embossing), the light transmittance is lower due to the natural phenomenon of geometric optics, so the substrate used to make the LED Panel Light Diffuser Sheet should use the refractive index The lower the better, the lower the interference with light.

A UGR Diffuser Sheet is a physical phenomenon of refraction, reflection, and scattering when a medium having a different refractive index is encountered by a chemical or physical means, and a substrate such as PMMA, PC, PS, or PP is used. The inorganic or organic light diffusing agent is added to the foundation, or the array of micro-features on the surface of the substrate is arranged to artificially adjust the light, and the light is refracted, reflected, and scattered in different directions, thereby changing the traveling path of the light and achieving sufficient incident light. Dispersion color produces optical diffusion effects, and LED Lighting Diffuser Sheet are widely used in liquid crystal display, LED illumination, and imaging display systems. 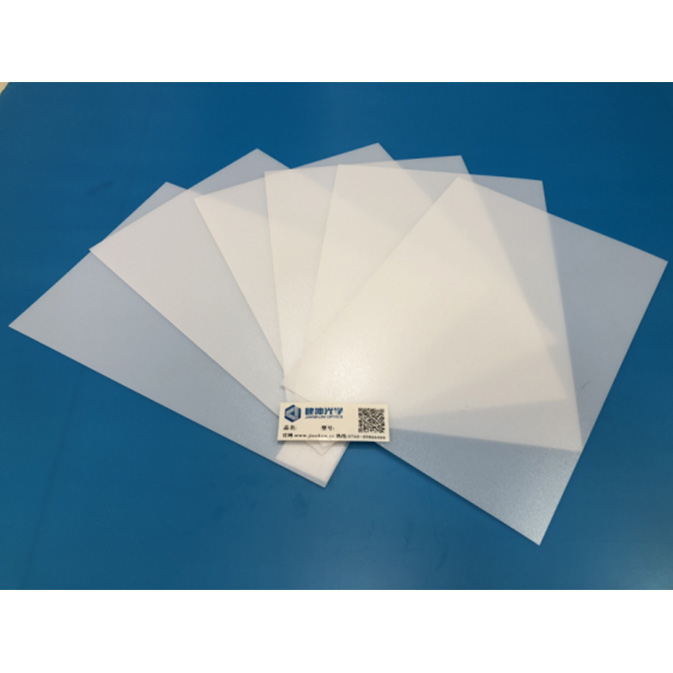